Turn The Beat Around


PROJECT DETAILS: This annual fundraiser has a beat, a Disco beat. From a design perspective, it meant researching the times. (I grew up during the ’70s at the height of Disco’s popularity, but culturally, I didn’t recall many details surrounding the music craze.)

First on my list, create an “official theme” to promote the fundraiser. Most all Disco song lyrics have sexual undertones, so a “squeaky clean” hit was needed to work for the Madison Claire Foundation fundraiser and its brand. (One of the foundation’s core missions is to build a universal accessible playground for children in Woodbury, MN). Landing on “Turn The Beat Around” by Vicki Sue Robinson (1976) met the board’s approval and we were off to the dance floor.

I then researched the ’70s Disco era color combinations, fashion, and slang to write the invitation copy. Searching out the decade’s vinyl record albums and poster designs lead to picking the typography that would give the gala invitation that authentic ’70s look and feel. Taking inspiration from history and NYC’s Studio 57, where many Disco artists performed, I designed the invitation to work as a mini-poster/flyer, like those designed handed out on the street promote nightly acts held at the famous nightclub. This fundraiser gala was being held at the Fine Line Music Cafe in downtown Minneapolis, a famous nightclub in its own right. 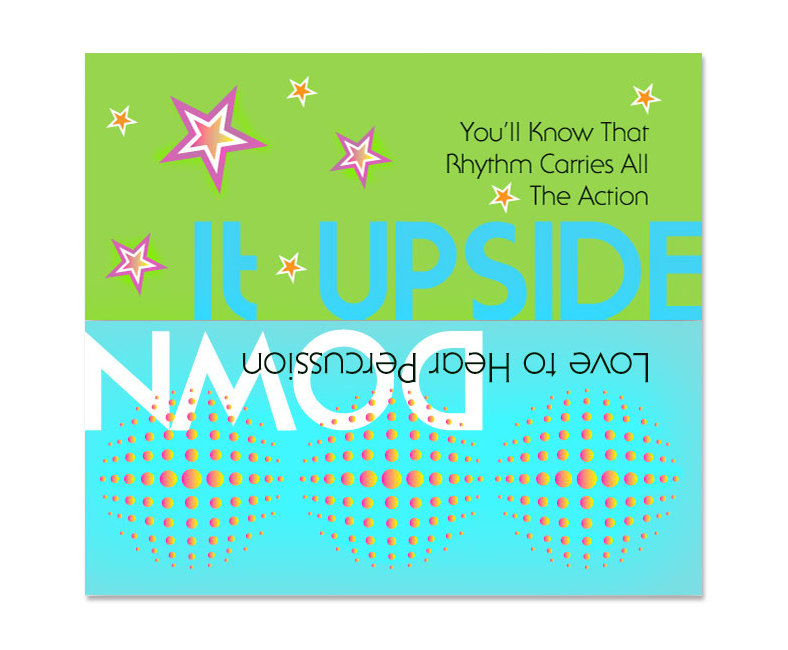 ABOVE: The fundraiser invite opens up to reveal more of chosen theme lyrics which then opens up into a mini-poster with event details using slang from that decade. 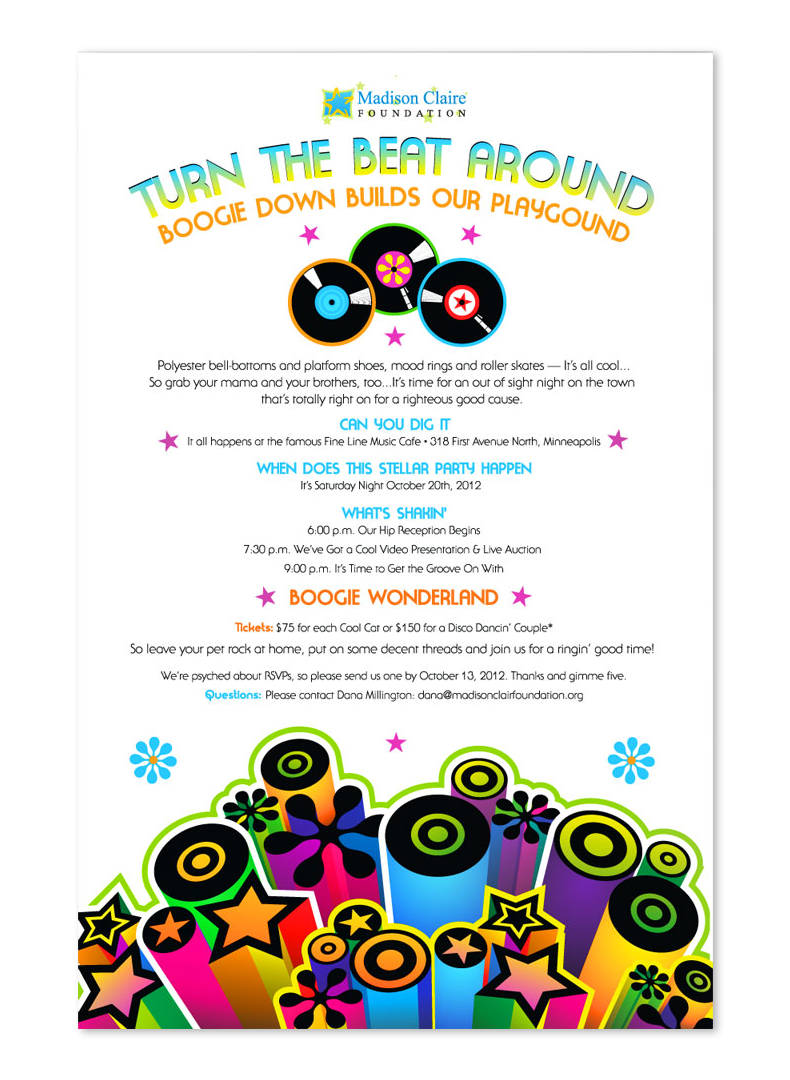 To keep mailing costs within budget (the invitation, plus RSVP card need to send with one first class stamp),  I chose a line of text weight paper for the invitation. The invitation was a barrel-fold that opened to reveal the theme with energetic colors and graphics and on the reverse side working as a “mini-poster” with event details. Once folded, the invitation and RSVP card (shown below) fit into the bright magenta open-ended No. 10 envelope. 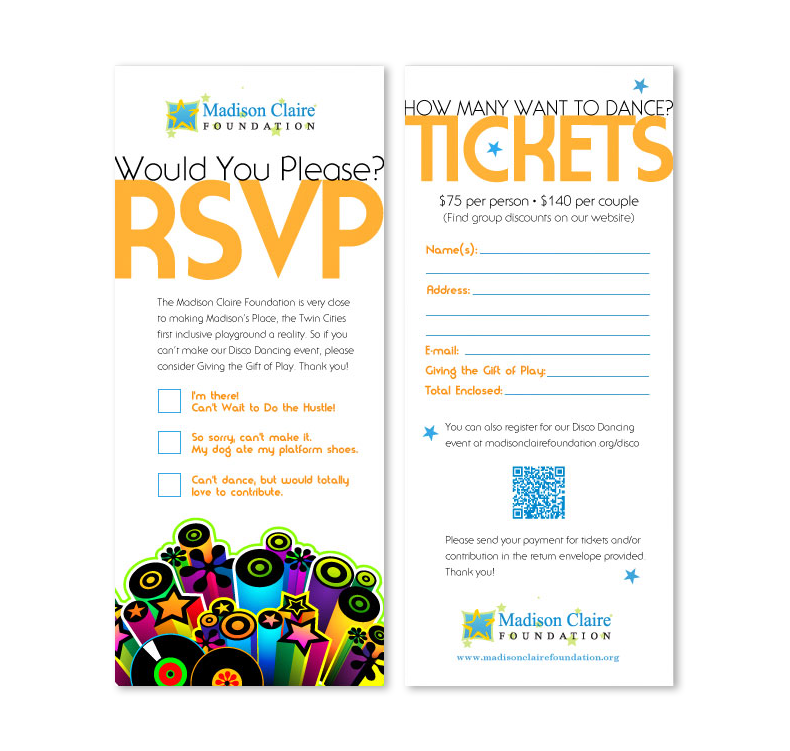 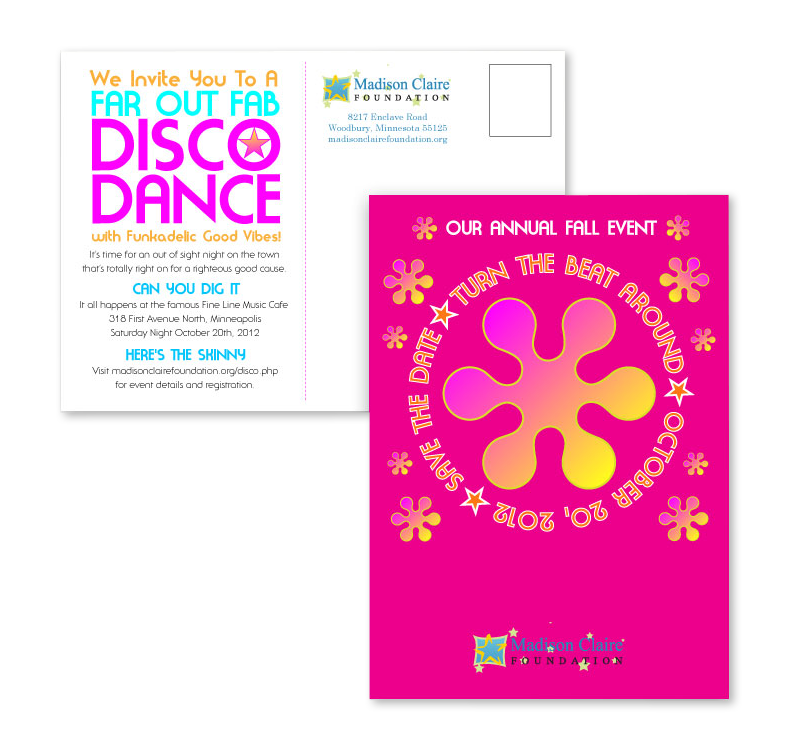 ABOVE: Disco themed “Save The Date” 5 x 7 postcard. 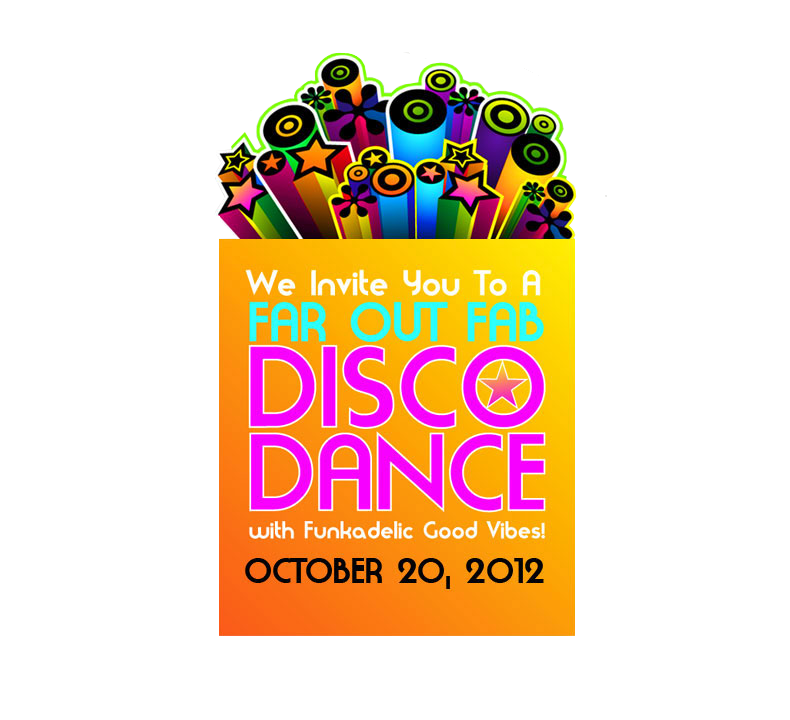 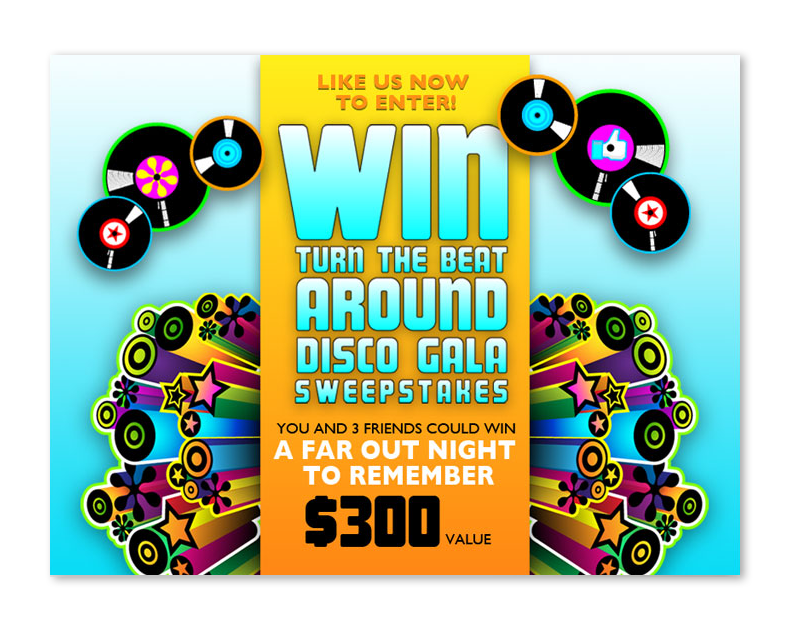 You always do such a fabulous job, we love you!!! The Event Bee registration page looks fantastic and we have the coolest invites in town!”

ABOUT THE MADISON CLAIRE FOUNDATION

The Madison Claire Foundation helps communities to set a new standard of accessibility and innovation to change the way people think about play. Its first project – Madison’s Place Playground – will serve as a model for future projects in other communities in Minnesota. Its mission is to enhance the lives of children and families living with physical and developmental disabilities by giving them the opportunity to play alongside others through the creation of a universal playground. Playgrounds should be for everyone! View Site: Madison Claire Foundation