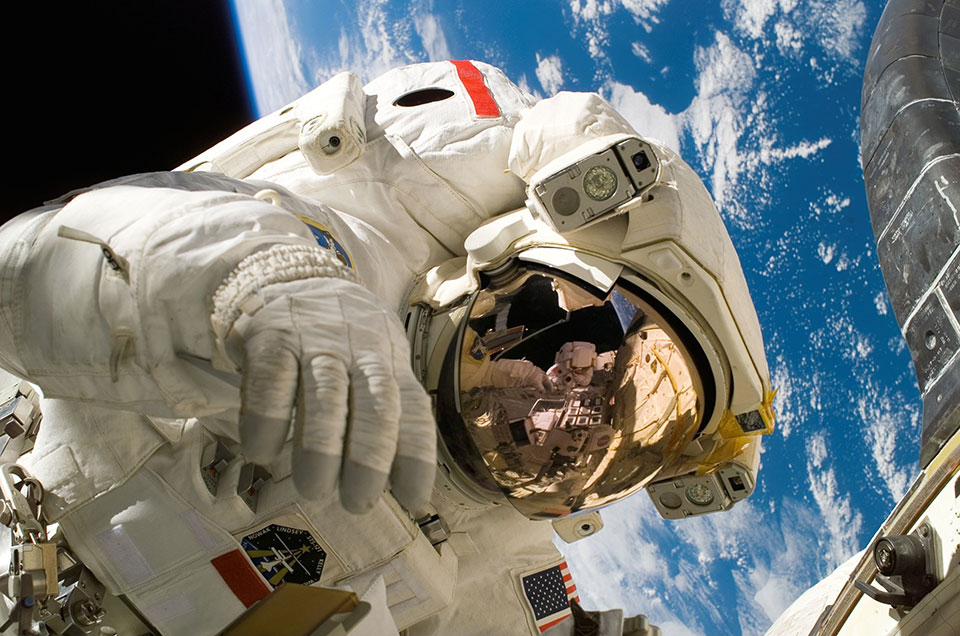 There are many moving parts putting together a whole season of YouTube video episodes, including the design of each episode’s thumbnails — basically mini-movie posters. Here’s a run-down of that project.

The pandemic pretty much up-ended everyone’s world including how kids are getting their education. Parents homeschooling for the first time ever. Teachers teaching remotely via video conferencing. Kids needing to focus outside their standard classrooms near homegrown distractions (siblings, television, video games). They could all use some good learning resources, right?

As it turns out The Mars Generation was ready and willing to step up to the homeschooling challenge. Full disclosure: I have been a long time supporter, board advisor, and on-call art director/graphic designer for The Mars Generation (a small grassroots 503 (c)(3) nonprofit) since its conception. Education being a passion, I was really excited when I heard about their upcoming Third Season of #Ask Abby Home School YouTube videos.

#AskAbby stars Astronaut Abby, also known as Abigail Harrison, co-founder of The Mars Generation, Wesley graduate, and soon-to-be author among her many accomplishments. In past seasons, #AskAbby featured answers to various space-related questions. Things like “Does An Astronaut’s DNA Change In Space?” “Artificial Intelligence In Space!” and ”Periods In Space (Part 1 and 2)” because, yes, aspiring young women astronauts want to know. The #AskAbby YouTube Channel happens to be pretty popular with views from 1.3K, 4K, up to 16K! The curiosity about space and space exploration is alive and well.

The Third Season of #AskAbby needed a special classroom flair, conscious of the fact kids are being homeschooled during the COVID-19 pandemic and all the challenges it brings. Each video draws on questions posed by teachers and students from around the world. Topics range from ”What is Life is Like for Astronauts in Space?” (as well as on Mars), “What’s in the Center of Black Holes?” “What Does it Take to Become an Astronaut?” and “How are Planets Formed?”

Where did I fit into all this? Thumbnail Design. Apparently thumbnail design for YouTube videos is a big deal. Who knew? They do double duty in promoting the videos on social media and are credited for creating consistent branding for one’s YouTube Channel. The original designer for Season One and Two of #AskAbby just landed a full-time gig (before the pandemic hit) and wouldn’t be available to design the Third Season of thumbnails. Would I be willing to step up and design all 12 thumbnails in a short turn around? (Hell, yeah). 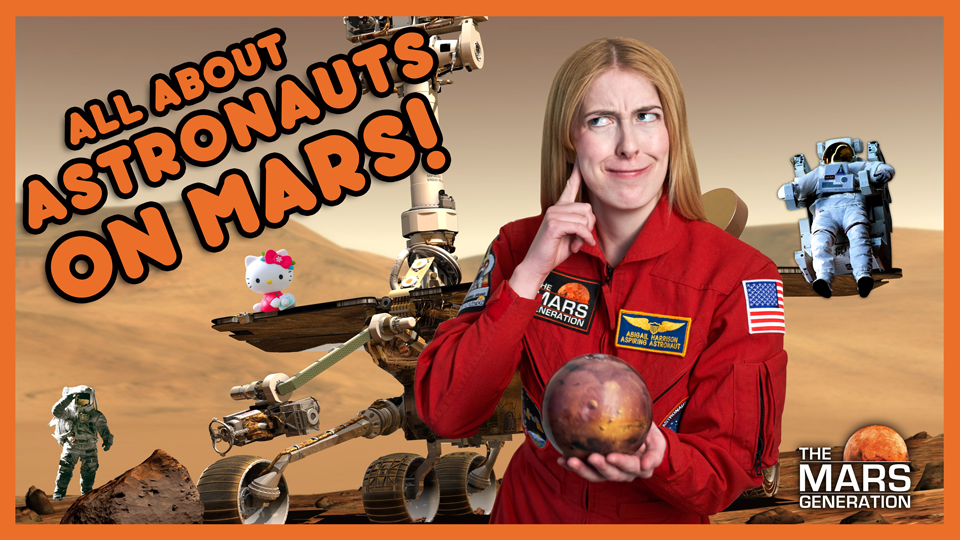 Season Three / Episode Two #AskAbby YouTube Video Thumbnail Design: A previous designer created the template base with its orange border and bubble type. The rest was up to me. So why include Hello Kitty? In order to travel and land on Mars, astronauts will be spending a considerable amount of time in space, cooped up in a ship, far from the familiarities of home. Hello Kitty is a (silly) reminder of that reality as astronauts are allowed to bring up to and only 1.5 pounds of personal items when they are on a space mission. That’s not a lot when you weight it. Thank heavens Hello Kitty hardly weighs a thing!

While designing the thumbs might be considered a small in-the-background undertaking, it had its challenges. Each one had to be unique, fun, compelling, and appeal to the student body with varying age groups audience of #AskAbby. I was asked to use the existing template set up (Huge time saver ~ Thank you Brian!) hence the orange boarders and bubble type, and other than that, I had total creative freedom.

For me, it was an exercise in super-efficient photo search and selection (using free resources, BTW), a whole lot of photoshop work, and composition. At first, I was concerned about the subject choices I included in the thumb designs, like having an image of Hello Kitty show up. Would these be vetoed? Nope! The #AskAbby production team loved them! Actually, their reaction was so positive, it made the project load lighter. Yeah, I got total creative freedom and surprised them all with what I came up with for each episode. (It seems to be my superpower. Surprising clients—in a good way—with what I come up with).

It was a lot of hard, dedicated work, literally nights and weekends to make a whole season of 12 videos from start to finish drop in 39 days! Utterly insane. And the kids are alright. School is out for summer yet learning never stops. Before designing the video thumbnails, I watched each #AskAbby video episode to pick up ideas to include in my designs. Along the way, I learned more than a few things about being an astronaut and the universe as we know it. Pop quiz anyone? 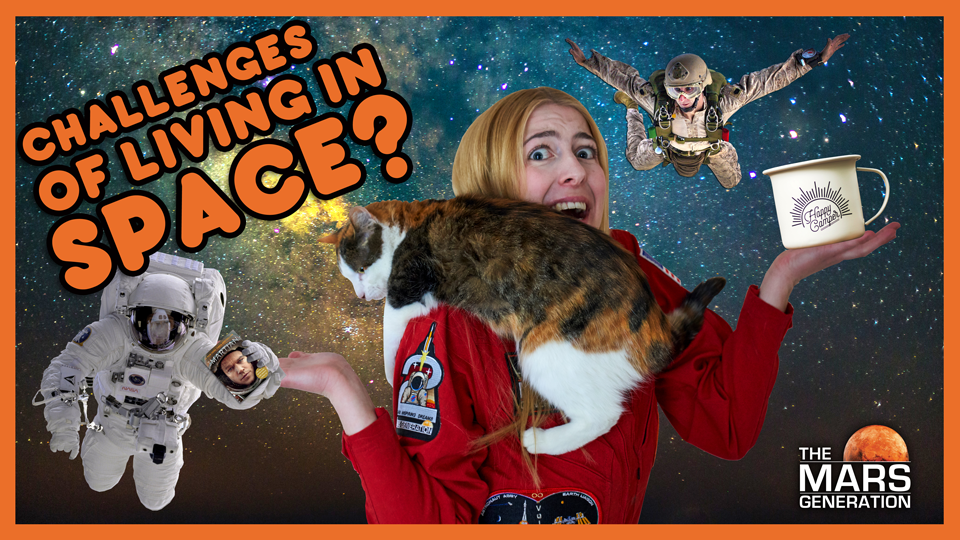 Season Three / Episode Four #AskAbby YouTube Video Thumbnail Design: The cat makes a cameo appearance in an #AskAbby episode. So I ran with it. #SpaceCat (as she is affectionately called on social media) is a total scene-stealer. SpaceCat shows up in my thumbnail designs as well, enough so that we think SpaceCat will have her own IMDb page. 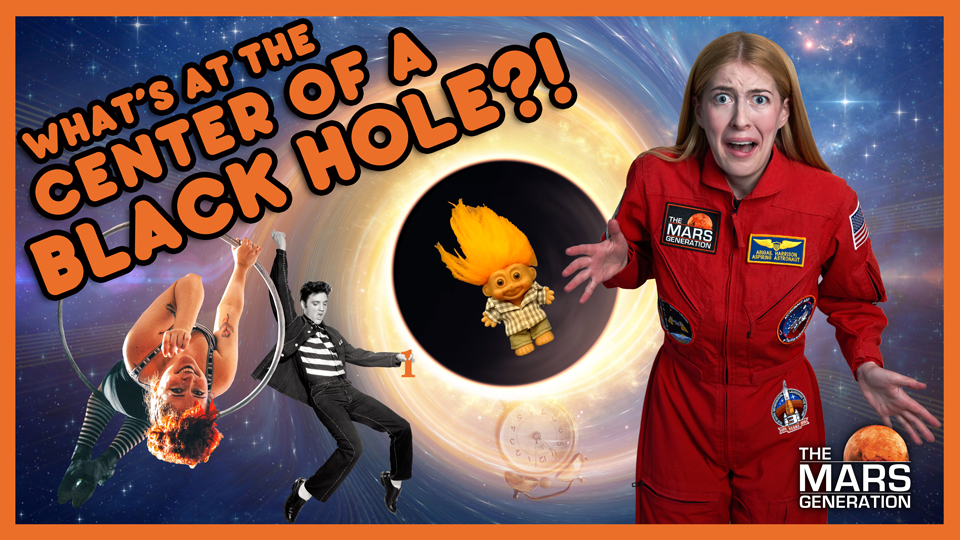 Season Three / Episode Three #AskAbby YouTube Video Thumbnail Design: We really don’t know what is in the center of a Black Hole. Did you know there is such a thing as a White Hole? Neither did I. Fans of Guardians of the Galaxy will recognize the troll humor. To be honest, even scientists don’t know where, and when Elvis will show up. While the design is a spoof on several levels, this #AskAbby pulls out a lot of scientific punches. 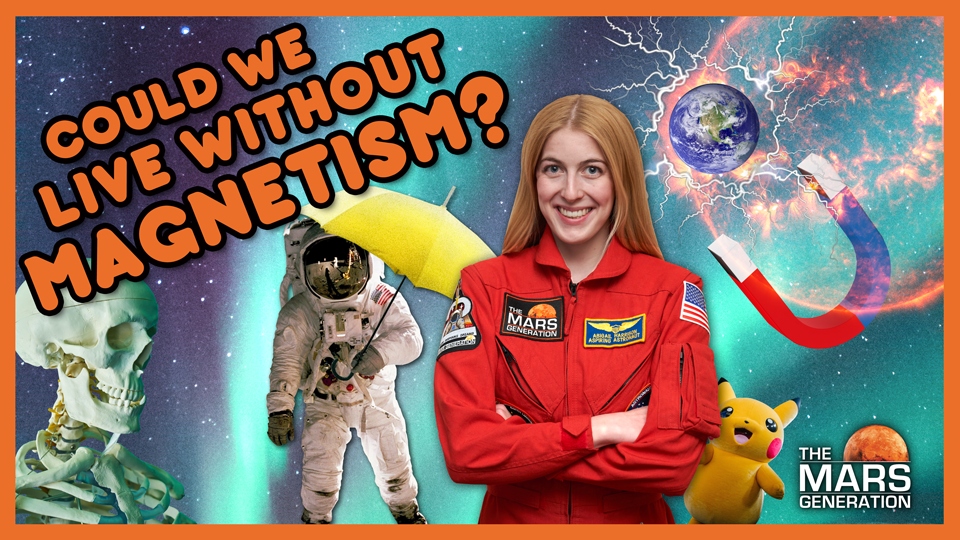 Season Three / Episode Six #AskAbby YouTube Video Thumbnail Design: I gotta admit, this topic was tricky to illustrate. It came together in the end. When I googled “Magnetism” guess what showed up? That adorable yellow pokemon character, Pikachu you see right of Abby’s arm. When I saw that big ball of yellow joy and thought, “Oh, yeah, you’re going in.”

Projects like this don’t happen without a talented, dedicated team. If this blog post were a podcast, my end credits might sound like this: #AskAbby Season Three Home School Edition was produced by an amazing team of people who are all passionate about The Mars Generation and inspiring kids of all ages about STEAM, space exploration, and of course, making it to Mars. Tony Bueno, video magician and producer, whose editing and animation bring the #AskAbby videos to life. Brian Matney, digital artist and web designer who created the YouTube video templates among other things for The Mars Generation. Abigail Harrison, co-founder of The Mars Generation and aspiring astronaut, who spent countless hours recording the videos and posing for a gazillion still photos so I had my pick to use in the video thumbnail designs. Emily Pattison, video producer and young up-and-coming talent for The Mars Generation. And last but not least, the glue that strung this all together is the SocialNicole Digital Agency. I’ve known and worked with Nicole Harrison since 2010 and am always in awe with what she creates.